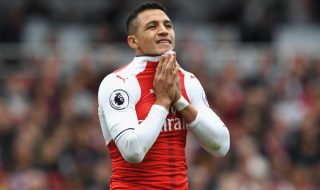 The news is going to send shivers to Arsenal fans has Man City’s Pep Guardiola is pulling all the stops to bring Alexis Sanchez to the blue side of Manchester.

The Daily Star is reporting that Pep Guardiola is prepared to offer Sanchez £275,000 a week, which would make the Chile international their highest earner at the Etihad Stadium.

The same article states that Manchester City could temporarily end their interest in Monaco teenager Kylian Mbappe if the Citizens complete a deal to sign the Arsenal star.

Sanchez is thought to be on a measly £140,000 a week at Arsenal after moving to the north London side in a £35m deal from La Liga giants Barcelona in the 2014 summer transfer window.

Arsenal failed to agree a contract extension with the Gunners during the 2016-17 season to leave Sanchez’s future up in the air with 12 months remaining on their current deal.