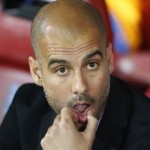 £300,000-a-week deal offered by Chelsea to Pep Guardiola would make him the highest paid coach in the game’s history, however the ex-Barcelona coach is set to snub the deal as he feels that Chelsea owner Roman Abramovich is too fast in wielding the axe on his previous employees.

Guardiola confirmed this week he will return to football next season after a year out to recharge his batteries.

But he can take his pick from the world’s top clubs and even Chelsea’s £15million-a-year offer may not convince him to move to London.