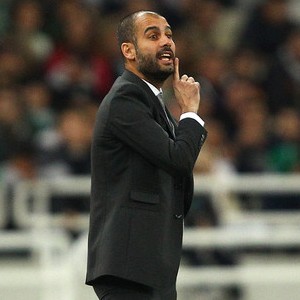 Barcelona coach Pep Guardiola has told his players to forget the victory against their closest rival Real Madrid.

Guardiola said everyone at the club would “enjoy the result for a few days”, but the Catalans’ attentions now turns to the game at Osasuna.

Midfielder Jeffren Suarez, who came on as a late substitute to score the fifth goal for Barca said : “He (Guardiola) has told us to forget about it because we have a difficult match at Osasuna on Saturday,” he said.

Jeffren is confident his side can match the level they showed against Madrid on a regular basis.

“It was a great performance and for me personally it was a great feeling to score in a ‘Clasico’, but now we have to keep it up,” he said.

“This team is always anxious to win, though, and there will be more performances like that.”