Reports are out claiming that Thierry Henry felt Arsene Wenger’s Arsenal side produced a spirited performance to beat Crystal Palace on Sunday. 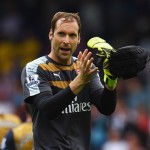 The Gunners fought hard to secure a 2-1 result at Selhurst Park in a fiercely fought contest in South London which allowed Wenger’s men to open their account following last week’s disappointing 2-0 loss to West Ham United.

After the match, Sky Sports pundit and Arsenal legend Henry spoke of the performance of the North London club who battled it out for a crucial lot of three points.

“They won not the ‘Arsenal way’ maybe but they won at Palace, which is not easy,” he added.

“Arsene said it himself, zero points after two games and it would have been a bit of trouble.

“It [the West Ham defeat] happened early so you can re-group and concentrate on what is coming next.

“That is the beauty of this league. If you don’t go out there and match the performance of the team you are playing against, you are dead.”

A classy volley from Olivier Giroud and own-goal from Damien Delaney, which came from an Alexis Sanchez header, got the job done as Arsenal edge past the Eagles at Selhurst Park.