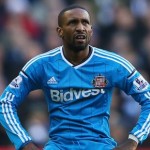 It has been reported that Sunderland boss Gus Poyet was satisfied with Jermain Defoe’s debut in defeat to Tottenham.

Defoe struggled to make an impact against his former club before being substituted in the 74th minute, although the 32-year-old could have won a penalty when he tumbled over Vertonghen’s planted leg in the first half.

“He started brightly, he was sharp,” Poyet said.

“If he got the penalty and he scores we’re talking about a great debut. The referee, though, didn’t see what everybody else saw clearly.

“He was looking for his chance and I played him a bit longer than expected.

“He will get better and better and when he gets that first chance he will put the ball in the back of the net.

“It was a good start and a great place for him to start playing for us.”