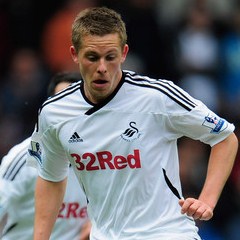 The 22-year old Iceland internationals parent club Hoffenheim have also agreed a fee with the Swans making the deal on the verge of being completed.

“Swansea City can confirm a transfer fee and personal terms have been agreed for Hoffenheim midfielder Gylfi Sigurdsson,” read a Swansea statement. ”

“A club record offer of £6.8million has been accepted by the German club, and the 22-year-old is expected in Swansea later this week to undergo a medical before the move is confirmed.

“The club are delighted to have agreed terms with both player and club following Sigurdsson’s hugely successful loan spell last season.”