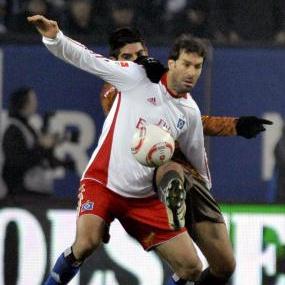 Former Germany international Gerald Asamoah headed his sixth goal of the season to give St Pauli a 1-0 win at Hamburg on Wednesday, their first Bundesliga victory over their city rivals since 1977.

In a match postponed this month due to heavy rain, Hamburg had half a dozen good scoring chances in the local derby but it was the visitors who put the ball it into the net.

Asamoah was left unmarked a metre out in the 59th minute to head in a corner for a memorable win that left some 6,000 visiting fans singing as the players hugged and cheered on the pitch.

It was also St Pauli’s third league win in a row.

The 32-year-old Asamoah has revived his career this season at St Pauli following his departure from Schalke after 11 years.

The win lifted St Pauli to 11th spot on 28 points with Hamburg in seventh on 33.