Reports are out claiming that Hamburg have signed Arsenal defender Johan Djourou on a permanent deal after the German side activated a buying clause in the defender’s loan deal from the Gunners. 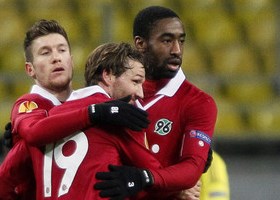 It is said that the 27 year old Switzerland international has signed a deal keeping him in Hamburg until 2016 for between 2.5 and 3.5 million euros.

And without revealing the details, Hamburg boss Mirko Slomka confirmed on Wednesday that a deal had been done for the central defender.

“I am happy that he’s staying with us for the next few years as he’s a stabilising influence at the centre of our defence,” said Slomka. AS Roma Open Talks With Arsenal For Wojciech Szczesny