It has been reported that Hamburg midfielder Hakan Calhanoglu is set to resist a move to the Premier League.

It is said that the 19 year old has his eyes set for Turkey and Roberto Mancini’s Galatasaray. 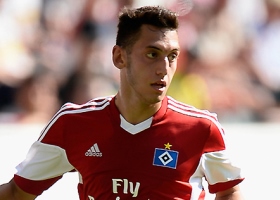 The Turkey international attacking midfielder was wanted by Arsenal and Liverpool but wants to follow his heart rather than the big money of the Premier League.

“There are talks with Galatasaray.

“I hope that I can work with Roberto Mancini together one day, because he is a great coach.