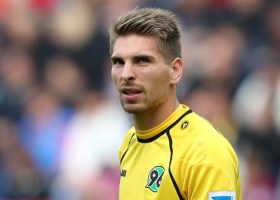 It has been reported that Hannover 96 goalkeeper Ron-Robert Zieler is open to return to England.

The former Manchester United keeper is ready to leave Hannover as he seeks a step up in his career.

The 24 year old German international has been linked with Liverpool, which considered him as cover for Simon Mignolet over the summer.