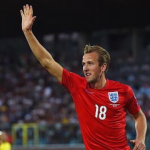 Reports are out claiming that Harry Kane may continue to use Alan Shearer’s trademark goalscoring celebration.

The Tottenham striker simply raised his right hand in true Shearer style after scoring against San Marino for England in Serravalle on Saturday.

The Spurs star did not have a celebration of his own and told Match of the Day pundit Shearer that he would use his, which also created a bit of a stir on Twitter.

Kane said: “He asked me why I didn’t have my own celebration, so I said I would take his.

“When I scored, I did – maybe that will be my celebration for the rest of my career.”

There was also some back and forth on social media: 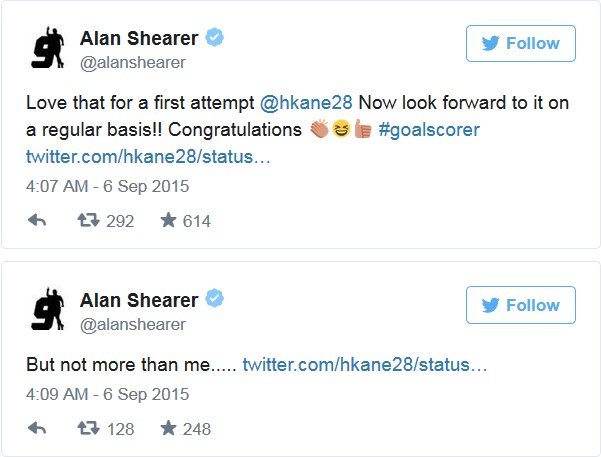