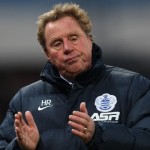 Redknapp wrote in the London Evening Standard: “Arsenal’s performance against Manchester United should be the template they use against Bayern Munich on Tuesday.

“They will give Bayern one hell of a game if they show the same intensity and fight which blew United away in the opening 20 minutes the other week.

“I still believe Arsenal have a chance of qualifying because if they play like that, they can beat anybody. The problem is the Gunners are so inconsistent. One week they look like world beaters and the next they lose at home against Olympiakos.

“But Arsenal should look at the positives. They can move the ball around the pitch better than anybody and I don’t care if you are Bayern Munich, you will struggle to cope with that if they get it right. And if they can get a win, Arsenal are right back in the hunt for Champions League qualification.”

Arsenal On Alert After Juventus Hints At Felipe Melo Exit