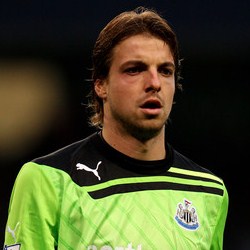 Reports have emerged that Tottenham boss Harry Redknapp is eyeing Toon No1 Tim Krul for a summer move.

According to the Daily Star Sunday, Newcastle, though, fear growing interest in the Holland international, 23, who could face England at Wembley for his country at the end of this month.

The 23 year old has established himself in the last two seasons as one of the Premier League’s outstanding goalkeeping talents.

Tottenham’s transfer targets for next season could change if Redknapp becomes Fabio Capello’s successor with the national team.