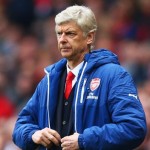 Reports have emerged claiming that former Tottenham boss Harry Redknapp feels Arsenal are not far off from winning the Premier League title.

Redknapp believes that three big-name signings will ensure Arsene Wenger’s side can overhaul Chelsea next term.

He told talkSPORT: “Arsenal are not far short.

“I’m sure Arsene knows, but I think they need two or three players next year if they are really going to look to win the league.

“They need a bit of strengthening down the spine of the team. I think they need another central defender, a midfield player and a striker.

“They are not easy to find, but if they can go and out and bring a bit more strength to the team [they can challenge for the title]. They have certainly got lots of fantastic talented players there already.”