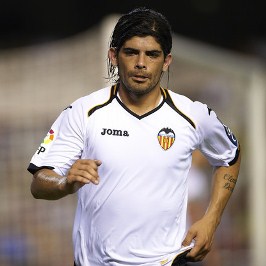 Interesting transfer news are out and it has been revealed that Tottenham boss Harry Redknapp is keeping tabs on Valencia attacking midfielder Ever Banega ahead of the January transfer window.

Cadena Ser has reported that Spurs have already made contact with Valencia about their plans for the young Argentine.

It is believed that the Londoners would like to take Banega on-loan in January with the option of signing him permanently should he impress.

Valencia are reluctant to part with the midfielder, who has kicked off the season in impressive form. Banega came close to signing for Inter Milan in the summer.