It has been reported that QPR manager Harry Redknapp has ruled out potential summer moves for Frank Lampard and Rio Ferdinand. 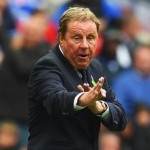 The R’s boss, who has led the London club back to the Premier League, managed both the Chelsea midfielder and the former Manchester United defender back in their West Ham United days and has been linked with a possible reunion with the pair.

However, Redknapp has played down the speculation regarding Lampard and Ferdinand who are both out of contract at Stamford Bridge and Old Trafford respectively next month.

“I would think there’s absolutely no chance of getting Frank. He’s at Chelsea,” said Redknapp.

“I’d be very surprised if Chelsea don’t keep him anyway – he’s just been such a fantastic player.

“Rio’s now a free agent but I’m sure he’s going to have so many offers.

“Again, I love Rio, I signed them both as 15-year-olds but the chances of getting them to QPR are very slim.”