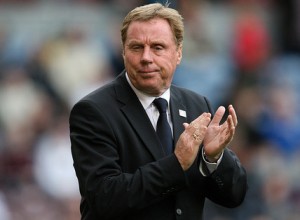 Tottenham boss Harry Redknapp has declared that his Tottenham side is capable of challenging for the Premier League title.

Tottenham was the surprise package last season when they qualified for the Champions League for the first time by snatching fourth place ahead of Manchester City.

And Redknapp, who is in New York for tomorrow’s friendly with the NY Red Bulls, revealed that his side are good enough to grab Spurs’ first title since 1961.

Redknapp said: “We could contend for the title. We’ve got the players. We’ve got to aim for it. We could win it, it’s not impossible.

“Some people might look at what we achieved last season and say it was a flash in the pan. We have to prove them wrong and really go for it.

“Manchester City will be a massive factor in the title race because of the amount of investment they are making – and will continue to make until they win the title.

“But we have got to aim to try to win the title ourselves. Last year we started by saying we wanted to finish in the top four and got there.

“If you don’t aim for things, you’ve got no chance and the status quo will remain – with the big-spending teams winning everything.

“Somebody has got to do it at some time. It can’t all just be Manchester United, Arsenal, Chelsea and Liverpool – why not Tottenham?”