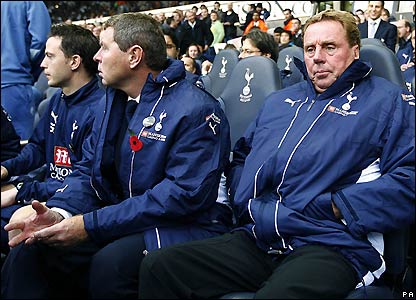 Harry Redknapp has vowed to challenge the top four of the Barclays Premier League after his Tottenham side maintained their 100% start to the season with victory over West Ham on Sunday.

Spurs are currently top of the table with three wins from three matches and Redknapp is hoping to follow in the footsteps of Everton and Aston Villa, who have either finished in the Champions League places or come close.

Redknapp told reporters that it could be open this year and that Manchester City will certainly be pushing to be a top-four team, and there’s no reason why Tottenham can’t push as there are good players in the squad.

He also added that there is no reason why Tottenham cannot be up there having a go at the big four. He also highlighted that the club only lost one home game last season including all the cup games since he arrived. He also said that Tottenham have already won two away games already this year.

He also added that Tottenham’s home form stands up, the club will be right up there with the big four.