It has been reported that SC Heerenveen winger Bilal Basacikoglu has shrugged off interest from Manchester United. 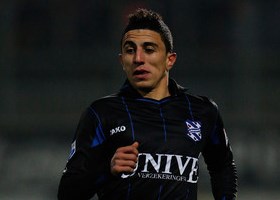 It is said that United scouts have been present at Heerenveen games in recent weeks, with local sources insisting they’re running the rule over Bilal.

The 19 year-old midfielder was asked about the United rumours, but insisted: “That does not interest me too much.

“If I was to think about it seriously, I’d go crazy.”

Bilal is a mad Galatasaray fan and also told Leeuwarden Courant: “If Galatasaray came in for me, I would have to think about it. But it’s not on the agenda.”