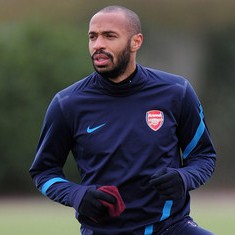 Arsenal legend Thierry Henry is of the belief that young gun Alex Oxlade-Chamberlain will have a stellar career.

The club legend spent six weeks back in North London on loan from New York Red Bulls and has seen firsthand what the 18-year old winger is capable of.

“He reminds me of himself and no-one else. He is writing his own story.

“I hope he will remain at Arsenal for a long time and he could forge a career we will never forget.” Marouane Chamakh Agrees To A 4-Year Pre-Contract With Arsenal