Reports are out claiming that Manchester United midfielder Ander Herrera says Wayne Rooney still has plenty to offer in attack. 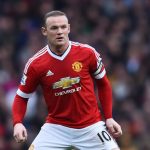 Rooney reverted to a striker’s role for victory at Norwich City on Saturday.

“He is a world class player. He is not selfish either in the team or in the dressing room,” stated Herrera.

“He is a very good captain. Sometimes big players, world class players, can be selfish. Wayne is not. That is very important.

“England have a chance in the Euros. They are a very young team, a very quick team – but you also need players like Wayne or Michael Carrick. They are very important for the balance. It gives you a chance.

“I know for us Marcus (Rashford) and Anthony (Martial) are quicker, but we know the quality of Wayne.”