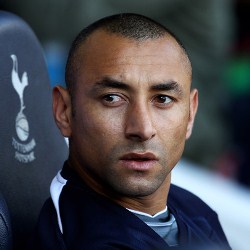 It is revealed that Tottenham boss Harry Redknapp will stick with Heurelho Gomes as his No1 for the new season kickoff.

The London Evening Standard has reported that Redknapp always wanted to keep the Brazil international at White Hart Lane.

However the signing of Brad Friedel from Aston Villa on a free transfer last month increased speculation that Gomes’s place was under threat.

Friedel on his part revealed that he was looking to play regularly for the first team and both keepers have been watched closely in pre-season training so far, as well as Carlo Cudicini, who recently signed a new contract.

All three played on Spurs’ tour to South Africa but it was Gomes who impressed most with his display in the 3-0 victory over Orlando Pirates on Saturday.

It is understood Redknapp is keen to stand by the 30-year-old and plans to start him in their first Premier League game, at home against Everton on August 13.