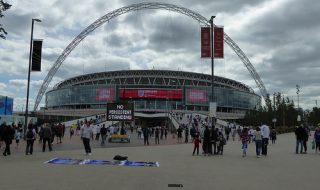 The draw for the third round of the FA Cup always brings excitement. For teams at the top it is the first step towards their pursuit of the prestigious trophy, while for the sides at the lower end of the spectrum it is a chance to carve their names in folklore by taking a scalp of leading outfit.

Over the years teams such as Manchester United, Arsenal and Chelsea have fallen to lower-league opposition in the third round, and this year will be no different as the Premier League’s elite sides have all been handed their routes to the last-32 of the competition.

Here are three standout ties of the third round that will certainly provide mouth-watering action. 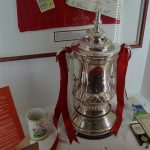 The tie that could present the biggest upset of the round features Jurgen Klopp’s Premier League title chasers against League Two opposition. Plymouth will be rueing the fact that they could not take advantage of Newport being reduced to 10 men in their contest, which ended in a goalless draw at Home Park. As a result the tie will be replayed at Rodney Parade to decide which side travels to Anfield in January.

Graham Westley’s men are currently bottom of League Two, leaving them in 92nd place out of 92 English teams in the Football League. However, position counts for nothing in the FA Cup and a win at Anfield would arguably give them the biggest upset in the history of the tournament to rival non-league Hereford’s triumph over Newcastle in the 1970s.

The same could be said for Plymouth who are chasing promotion from the fourth tier, currently in the top three in the division. The Reds would not relish facing either of these sides with nothing much to gain from a match everyone expects them to win, although it be a start on their journey to win the competition with the latest bet365 FA Cup betting odds backing them at 6/1. 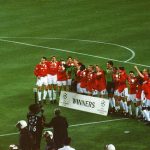 The FA Cup holders will get the opportunity to welcome back one of their former greats to Old Trafford when Jaap Stam brings his Reading side for their third-round encounter. The Dutchman played for United for three years and was part of the famous treble-winning side of the 1998-99 campaign.

Stam has performed well so far with Reading, helping the Royals keep on course with the Championship’s pacesetters at the top of the division, winning 10 of their 19 matches thus far. Given Jose Mourinho’s underwhelming start to life in the United dugout it would be an opportunity for the second-tier outfit to spring a surprise, especially if he were to rest key players like Zlatan Ibrahimovic.

AFC Wimbledon were on the brink of a humiliating exit in the second round of the competition at the hands of National League North side Curzon Ashton. The Nash held a 3-0 lead going into the final stages of the match thanks to a hat-trick from Adam Morgan, but three goals in three minutes from the League One outfit from Tom Elliott, Dominic Poleon and Tyrone Barnett brought them level.

Elliott then notched an injury-time winner to send Neal Ardley’s men through to the third round. Their reward is another nerve-jangling clash against non-league opposition in the form of Sutton United, who defeated Cheltenham Town thanks to a last-minute winner from Roarie Deacon. United will be aiming to put forward another strong performance and reach the heady heights of the fourth round where they could draw one of the Premier League’s elite.