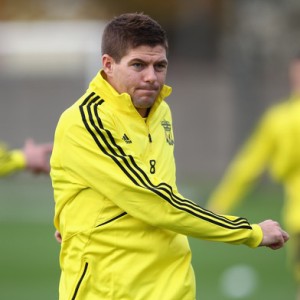 According to Roy Hodgson, Liverpool skipper Steven Gerrard is embracing his rehabilitation process from a hamstring injury with great determination.

The midfield ace will be missing for up to a month after suffering the injury in England’s defeat by France in a friendly last week.

Hodgson said: “He’s straight into it and he’s anxious to get back as quickly as possible.

“He’s not letting any dust settle but I don’t think there’s so much he can do at the moment.

“First of all he has to let the injury quieten down and then really start to work on it.”