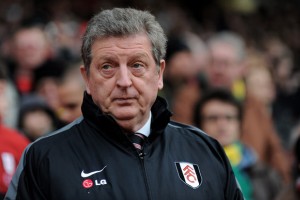 Roy Hodgson has committed himself to Fulham despite his name being linked with several other clubs.

The 62-year old has worked a miracle with the London club, taking them from Premiership battlers to Europa League finalists in a few seasons, and he has no plans of walking away from what he has accomplished at Craven Cottage so far.

Hodgson told reporters that : “I am happy here at Fulham,”

He added that : “I have got a contract here at Fulham. I am happy with the job I am doing.

“My name is sufficiently strong at the moment to be linked with other jobs and, of course, that is flattering and it is nice to hear.

“But as far as I am concerned it is speculation because I am at Fulham.

“We all prefer praise to criticism and love to hatred. It would be ludicrous to suggest I am not enjoying people saying and writing nice things about me and the team.

“But I am trying to keep a level head and keep things in perspective.”