Reports are out claiming that Hoffenheim are tightlipped on reports of Roberto Firmino undergoing a medical with Manchester United this week. 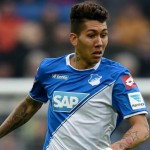 Firmino was among the stand-out players in the Bundesliga last season but his club are resigned to losing the 23-year-old after finishing eighth and missing out on European football.

His agent, Roger Wittmann, claims United are among a number of clubs interested but Hoffenheim say no approach has been made for the forward, who has scored three goals in six matches for his country.

Club spokesman Christian Frommert said: “There are a lot of rumours for more than half a year about Roberto Firmino and his future but at this time there is no news concerning a transfer.”