It has been revealed that Sunday’s Manchester derby between Manchester City and Manchester United will be officiated by Howard Webb. 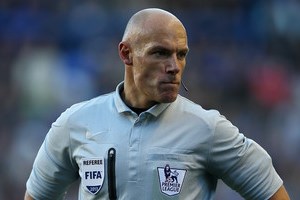 It is said that the first clash between Manchester City and Manchester United this season will be overseen by the Premier League’s leading official and the hot-favourite to be England’s representative at the 2014 World Cup in Rio.

It is an eagerly anticipated affair, with new managers’ David Moyes and Manuel Pellegrini set to face off the first time.

City are unbeaten in their last eleven games in which Webb has been the man in the middle.