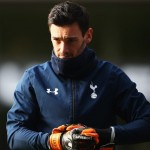 Reports are out claiming that Hugo Lloris believes Tottenham’s 2-1 victory at Manchester City proved that the club’s players have the character to succeed.

“At 1-1, maybe a team would have given up but since the beginning of the season we have shown a strong mentality and we are ready to suffer.

“It’s not easy to come here and win.

“You have to suffer because Manchester City have so many talented players who show their quality and skills, so this is a team win and I’m very pleased to be part of it.”

Spurs have recovered 14 points from losing positions this season and Lloris is adamant it will be important to be able to draw on physiological strength during the Premier League run-in.

“We need to be clever, to push and to up our levels all together. Now it’s about mentality,” he insisted.

“From the beginning of the season we said if we keep the same mentality, spirit and focus every day, in every training session and in every game then we could be rewarded at the end of the season.”