According to Arsenal striker Olivier Giroud, Tottenham goalkeeper Hugo Lloris would like to play with him at the Emirates Stadium. 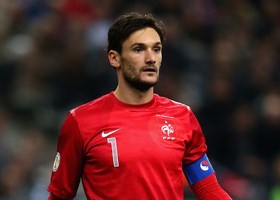 Giroud revealed that he often catches up with Les Bleus gloveman Lloris and asks him if he would one day like to join him on the red side of north London.

“We go out together and talk about everything,” Giroud told French TV.

“We talk about life and sometimes the French team a bit and our wish to have a great experience together at the World Cup.

“Have I asked him to join Arsenal? Yes, I have with Lolo (Laurent Koscielny). He would have liked to, he would quite like to. You will have to ask him the question.”