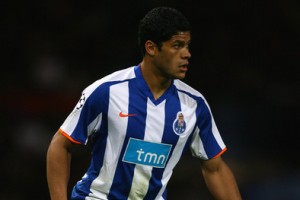 Porto striker Hulk has been suspended from domestic competitions for four months for assaulting a match steward in December, but can still face Arsenal in the Champions League.

The suspension does not apply to European competitions leaving the Brazilian eligible to play in Porto’s last-16 second leg against Arsenal on March 9 after featuring in the side’s 2-1 first leg win on Wednesday.

Porto defender Cristian Sapunaru was given a six-month suspension for assaulting two security stewards in the players’ tunnel at the end of the same game against Benfica, according to Ricardo Costa, the head of the Portuguese league’s disciplinary committee.

Both players have already served two months of their penalties, having been suspended since the December 20 match at the Luz Stadium, which Benfica won 1-0.