It has been reported that Hull City boss Steve Bruce admits he attempted to sign Arsenal striker Danny Welbeck over the summer. 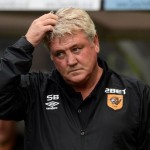 Bruce said: “I rang his brother (and agent, Chris) but there was some rather big clubs in for him.

“I think Spurs were in there, Arsenal as well, and one or two from Europe as well.

He added: “I’ve got no doubt in my mind after working with him that he can play at any top four side, no question. He’s a top player.

“Because of his adaptability, where are you going to put him at Manchester United when you’ve got Wayne Rooney and Robin Van Persie?

“He’s played a lot on the left and then people start criticising his goalscoring record.”

Chelsea To Include Kevin De Bruyne In Bid For Julian Draxler