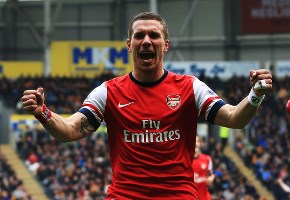 Hull City have now lost 10 of their last 11 games against Arsenal in all competitions (W1).

The Tigers had conceded only five first half goals in their last 13 Premier League outings but conceded two in the opening 45 minutes today.

Oliver Giroud’s goal against West Ham in midweek was his 25th in the Premier League. Only seven of them have come away from home.

Aaron Ramsey has scored six away goals in the PL this season, twice as many as he managed in his five previous seasons combined.