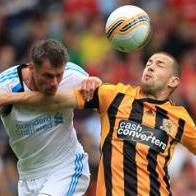 Liverpool suffered a comprehensive 3-0 friendly defeat to Hull City at the KC Stadium as Stewart Downing and Jordan Henderson made their first appearance for the club.

Goals from Robert Brady, Robert Koren and Jay Simpson gave the Championship side a deserved victory against Kenny Dalglish’s side, who made 11 changes at half-time.

Kenny Dalglish started with a second-string XI, with Brazilian goalkeeper Doni making his first outing since his summer switch from Roma.

The midfield had plenty to prove, with major question marks hanging over the Anfield futures of Joe Cole, Alberto Aquilani and Christian Poulsen.