It has been reported that Hull City boss Steve Bruce is set to win the race for Chelsea fullback Ryan Bertrand. 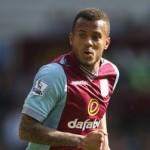 The Mirror reported that after weighing up moves for Swansea’s Neil Taylor, Doncaster’s highly-rated left-back James Husband and Tottenham’s Danny Rose, Bruce has settled on Bertrand as his top target.

And Bertrand, who spent last term on loan at Aston Villa, is poised to choose a switch to East Yorkshire ahead of linking up with London rivals Spurs or manager-less Southampton.

Bruce will cough up £5.25 million to land the England international.