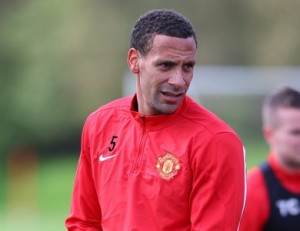 It is said that Bruce has left the door open for the 35 year old to extend his Barclays Premier League career with FA Cup finalists Hull City.

Asked whether he would be interested in signing Ferdinand, after the former England defender admitted he would be leaving Manchester United but wanted to continue playing, Bruce said:
“We’ve cast an eye on a few things. I haven’t looked into that yet, because the news only broke last night. Rio has been a wonderful player. Who knows? If he fancies a game…

“We’ve got Arsenal at Wembley on Saturday, so let me get over the weekend first, then I’ll see if we’ll give him a call.”