It has been reported that Hull City midfielder David Meyler could be banned from their FA Cup final meeting with Arsenal. 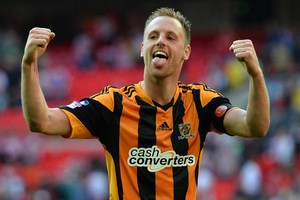 The Mirror claims that his dream trip may have to be cancelled if Meyler is suspended for standing on Manchester United’s Adnan Januzaj.

Referee Craig Pawson took no action and it is believed neither him nor his officials saw the incident.

The FA are expected to review the incident and if Pawson does not include it in his match report, disciplinary chiefs can charge Meyler with misconduct.

Meyler will be gutted if he is hit with a three-match ban because that would rule him out of the FA Cup.