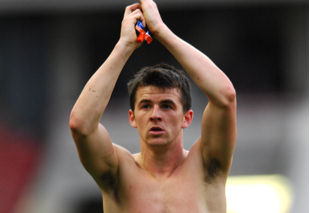 Premier League survivor Hull City has been busy in the transfer market and now it has been reported that the club is ready to offer Joey Barton a Premier League lifeline by buying him on the never-never.

It has been reported that Tigers boss Phil Brown is willing to offer £3million over three years for the Newcastle bad-boy and bring him back to the Premier League.

It is also believed that Newcastle are even prepared to pay part of his wages to get him off their books and prepare themselves for the coming Championship campaign.

A potential stumbling block for Hull is that even with Newcastle chipping in £20,000 a week for wages, they will still have to find £40,000 a week.

It is believed that Barton,now aged 26, wants a three-year contract from Hull and although he would prefer a more high-profile club like Everton, the chances of that happening are virtually nil.