It has been reported that Hull City legend Dean Windass believes Arsene Wenger will leave Arsenal after the FA Cup final. 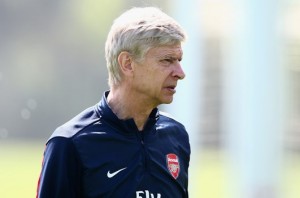 The French tactician is out-of contract this summer and has not signed an extension to stay at the club, even though an offer of a new deal has been on the table for months.

Windass told the Daily Star : “I think Arsene will walk away,”.

“He has been one of the most successful managers in Premier League history and to have been in charge of Arsenal for as long as he has is incredible.

“But Arsene has had his time and if they do not win the FA Cup he should leave.

“Even if they were to win the FA Cup, I still think he should walk away and let someone new start a fresh era at the club.

“At the end of the day, Arsenal are a massive football club and are use to winning trophies. And having not won any silverware for nine years, fans are right to question his ambition.

“But win the FA Cup, walk away and have a fresh challenge is what I feel Arsene is planning to do.”