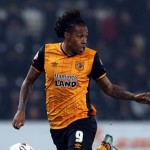 Abel Hernandez has revealed that he expects to stay with Hull City this summer.

The Uruguay striker is preparing for a Premier League return after Saturday’s promotion playoff victory over Sheffield Wednesday.

On his future, Hernandez told TMW: “I honestly do not know, you should ask my agent. For now we do not know, I still have another year of my contract with Hull City. We will see.

“Yes, last year there was talk of some teams. But honestly now I do not know if it’s time to go back to Italy, I’ve adapted well here. Obviously, if it were to be a top Italian club, I would not think too much. But for now I’m happy here and I think of next year in the Premier.”

Asked about January’s Arsenal rumours, he added: “I do not know if it was true or not, but it was impossible that Hull City would let me go at that time. We were first in the standings, we were doing well and we wanted to be promoted. The club did not sell any players.”