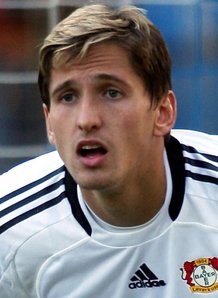 Rene Adler of Hamburg has once again moved to downplay suggestions he could be making a summer move to Arsenal.

The Gunners who are likely to be handed a £70m transfer kitty, saw a £10m bid for Sporting Lisbon keeper Rui Patricio turned down.

Although Wenger wants to buy a new number one shot stopper, Adler has moved quickly to quell reports that he is in line with a move to the Emirates.

“I am under contract with Hamburg, that is a fact.

“I can say that I have not thought about leaving or considered a transfer since I joined Hamburg (in May 2012).”