Arsene Wenger has declared that his ambition remains as strong as ever on the eve of his 1,000th game with Arsenal. 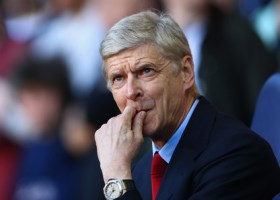 The Frenchman has seen and done it all since arriving at Highbury as a relative unknown coach some 17 seasons ago, but the Frenchman insists the desire to better himself burns as fierce as ever.

“You learn from every game,” Wenger said on Arsenal Player.

“You learn more from the lost games than the games won. Certainly because you go into deeper analysis, you question yourself more, you question the players more and you learn basically the most from the higher the level goes up, the more you see the limitations of your team and your players.

“You learn the most in the biggest games when the pressure is there, when the talent is against you and when the pace of the game is at the top, top level. This is where you learn.”