It has been reported that Manchester United player-coach Ryan Giggs hopes to start against Manchester City. 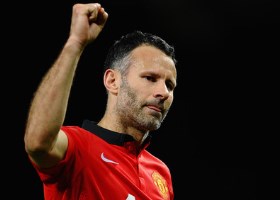 Prior to Olympiacos, the 40 year old had not started a game since the win against Cardiff on January 28.

The Welsh veteran hinted at his recent disappointment in being left out: “This is probably longer [being out of the team] than I would like but that’s the way it goes.

“If selected [to face City] I know I can do 90 minutes, no problem. I think in midfield, especially, the team we’ve got, you can pick and choose your runs.” Manuel Pellegrini Insists Man City Have Nothing To Fear Against Barcelona