It has been reported that Michael Essien is in Italy today to complete his move to AC Milan. 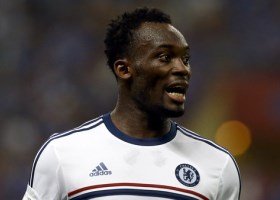 The Chelsea midfielder will finalise his switch this weekend.

“I will do my best for Milan. Seedorf? I spoke with him two days ago,” he told journalists while wearing a red and black scarf.

“Have I heard from Muntari? Yes, I have heard from him. I’m happy to be at Milan. It’s a great club.

“I want to thank Abramovich, the squad and Mourinho, who gave me the chance to join Milan. I decided to join Milan because of Seedorf. He is a great man and I hope that he will also become a great manager.

“I can’t wait to play for Milan. Kaka and Balotelli are great players.”

Silvio Berlusconi Ready To Splash The Cash On AC Milan Capital One Cup First Round Draw