Didier Drogba has admitted that he could have stayed with Chelsea last season. 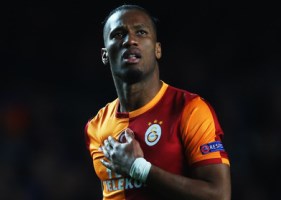 Drogba and Galatasaray were knocked out of the Champions League by Chelsea last night.

The 36 year old Ivory Coast international said: “Why did I leave Chelsea? I didn’t want to talk about that, but I would have stayed if we could find a satisfactory agreement for both parties.

“There will be emotion that is for sure, but I will quickly enter the match.

“You can’t remain indifferent to the fact to have spent eight years in a club and won so many titles, notably the most beautiful competition [the Champions League].” REVEALED : Spurs Could Have Signed Pierre-Emerick Aubameyang For £1 Million

Nani : We Will Not Give Up!