Arsene Wenger has explained why he jumped at the chance to sign Mesut Ozil from Real Madrid.

Despite having a plethora of midfielders at his disposal, the Arsenal boss insists he could not turn down the chance to sign the German international playmaker. 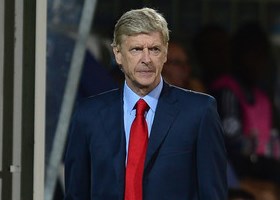 The Frenchman said : “You have to look at the quality first and when you have high expectation levels you can’t turn down a world-class player,”.

“There was no special emptiness in that position but the quality was so big it was too difficult to say no. I believe what is important is what you see when a team plays, the rest you have to cope with.

“Look at Bayern [Munich] the other night, they have [Javi] Martinez and [Mario] Goetze on the bench.

“People said the team cost £92 million and Man City cost £190 million, but Bayern had over £100 million on the bench. That’s part of big clubs today, having big players on the bench.”