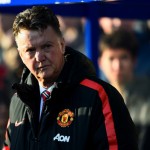 Brought up on wingers and an attacking vitality, the United fans have grown tired of the formation largely favoured by the Dutch boss as players appear to struggle to adapt to the formation.

“I cannot observe the fans because how many fans do Manchester United have? All over the world we’ve got over 600 million. You cannot take into account 600 million opinions.