Louis van Gaal has revealed that he was a wanted man before taking the Manchester United job. 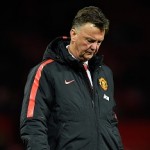 The Dutch tactician insists he knew the size of the challenge he was accepting when he decided to move to Old Trafford after guiding Holland to third place in the World Cup.

Van Gaal said: “I had choices. I could have chosen four other clubs, but this was the challenge for me and why I am here.

“I know of course it is a big ­challenge, not so easy, but I accept that. So I don’t expect anything. It is at the end of the season that it counts where you are. Now doesn’t count.

“Yes, we are going the right way – despite the injuries we’ve had.

“But I think the most important thing is that the players want to follow the philosophy I have, which is why we have been able to continue despite the many changes we have made.”