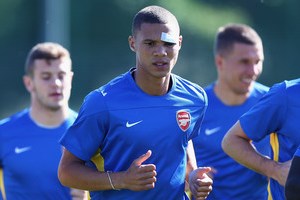 The England international was asked for his reaction to the news of the deal.

“Jumped in the air. But you don’t even have to be an Arsenal fan to jump in the air. When you find out that a world class player like that is coming to England you’re going to jump for joy even if you’re a Tottenham fan,” Gibbs told the Telegraph.

Well, maybe not a Tottenham fan, I won’t push it too far. In the end the fans and the people inside the club have got what they want: a really great addition.”

Theo Walcott Get Three Weeks To Prove Himself As Striker