It has been reported that Robin van Persie was pleased for Wayne Rooney after his double against Bayer Leverkusen last night. 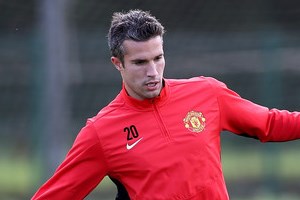 The Dutch international striker has admitted he loves playing upfront with Rooney.

The 30 year old, who scored his sixth of the season for Manchester United with an acrobatic effort, couldn’t speak more highly of his strike partner.

“I love to play alongside Wayne,” said the Dutchman.

“He has a bit of everything. He can go up front, he can play in behind. He can play the short game and the longer game.”