Reports are out claiming that Arsenal defender Gabriel admits he thought Chelsea were their biggest rivals, not Tottenham. 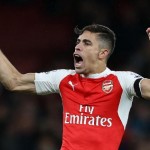 The Brazilian moved to the Emirates half way through last season and was quickly put right by his new team-mates in London.

He said: “Trying to win those matches is very difficult and i think the main rival is Tottenham.

“People talk about it a lot here and I was told about it when I first arrived.

“That makes the derby a lot harder.”